A Chiari malformation is a structural abnormality at the back of the brain and skull. Normally, a large hole in the base of the skull accommodates the connection between the brain and spinal cord. This connection point is surrounded by fluid that can move freely between the head and spine. In someone with a Chiari malformation, the back of the brain (the cerebellum), is pushed down through this opening, creating pressure on the spinal cord and restricting that fluid movement between the head and spine. That pressure leads to a wide variety of symptoms, the most common being headache and neck pain, which typically gets worse with exertion (exercise, coughing, sneezing, and even laughing). Another frequent complaint is temporary tingling or numbness in the hands and fingers. (See Symptoms of Chiari.)

Symptoms typically appear between the ages of 10 and 20 years. Although many people with Chiari are born with the malformation, most patients don't know they have it until symptoms appear in later childhood or early adulthood, as the skull and tissues of the neck mature with skeletal growth.

Type I: Chiari Malformation Type I (CM-I), is by far the most common type of Chiari malformation. As described above, some of the brain tissue at the base of the skull (the cerebellar tonsils) crowd into the large skull base opening, called the foramen magnum, which is where the spinal cord attaches to the brain. Many patients with a CM-I will also develop a cyst in the spinal cord, a condition referred to as syringomyelia.

Type I.5:  Chiari Malformation Type 1.5 is an advanced form of CM-I that is diagnosed when the entire cervicomedullary junction, and not just the cerebellum, protrudes below the skull. Not all doctors and medical centers are familiar with this sub-category of Chiari and its treatment.

Type II: This malformation is universally present in children with open neural tube defects (spina bifida aperta or myelomeningocele). This malformation is not limited to the cerebellum but also involves the brainstem and other portions of the brain; the majority of these patients also have hydrocephalus. Children with Type II Chiari malformation usually exhibit signs of breathing and eating difficulties and should be identified at birth.

Type III: This extremely rare birth defect occurs when the skull does not close completely during fetal development, causing some brain tissue to protrude outside the skull in a sac behind the head.

Type IV: This type of Chiari malformation is even more rare than Type III, and occurs when the cerebellum fails to develop completely during pregnancy.

Type 0: This has recently been recognized as a form of Chiari where the herniation doesn’t meet normal criteria but a syrinx is present and causes symptoms.

What Causes Chiari?
Although the exact cause of Chiari is unknown, it is thought to be the result of abnormal fetal brain development during pregnancy. There is thought to be some genetic component to Chiari, since the defect can (rarely) be found in family members but no specific genetic cause has ever been identified. Some rare conditions that result in abnormal bone growth (craniosynostosis, skeletal dysplasia, achondroplasia, etc.) can also present with similar symptoms and structural abnormalities.

This Is Your Brain with Dr. Phil Stieg: Chiari in Adults

This Is Your Brain with Dr. Phil Stieg: Chiari in Adults 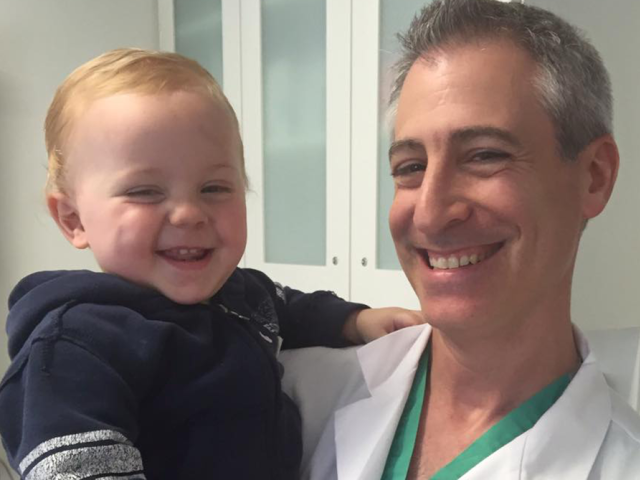 “You Wouldn’t Know Anything Had Ever Happened” – A Chiari Story
Slaton Spinks was small when he was born, but he seemed healthy. As the Texas baby grew, however, his parents, Brandee and Kevin, started to note some peculiarities. “He was delayed, and he just did things differently,” Brandee recalls. “He’d do the...