This illustration shows the cerebellar tonsils descending from the skull toward the spinal column, creating pressure.

This illustration shows a syrinx, which is a cyst in the spinal column.

These MRI scans show a Chiari patient's syrinx (left, before surgery), and the reduction in the size of the syrinx after surgery (right, arrows). After the surgery, cerebrospinal fluid surrounding the cerebellum also returns to normal. 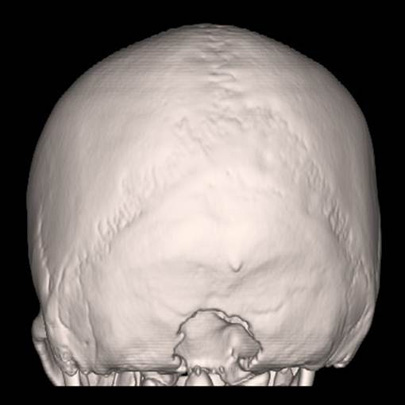 Taken after minimally invasive decompression surgery, this CT scan shows the area where bone was removed.