Surgery for a Colloid Cyst

Endoscopic surgery has truly revolutionized the surgical management of colloid cysts. Their central and deep location within the third ventricle has historically demanded a great degree of surgical skill and demand on the patient. Until the last two decades the treatment options for patients with colloid cysts included a traditional craniotomy (opening the skull for removal of the cyst), stereotactic cyst aspiration, or placement of a shunt for hydrocephalus. 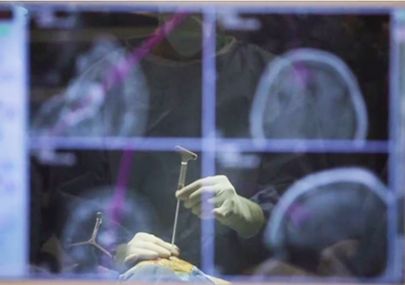 Removing a colloid cyst through a traditional craniotomy is a lengthy procedure with disproportionate risks compared with endoscopic procedures. In some cases, patients could avoid open surgery by undergoing stereotactic aspiration of the cyst, but stereotactic radiosurgery carries a near-universal risk of recurrence. Placement of a shunt for hydrocephalus was a procedure used to treat the symptoms, but it never addressed the underlying problem.

The need to reduce risk helped spur the development of a minimally invasive endoscopic procedure to remove colloid cysts. Great improvements in endoscopic equipment over the last two decades have helped make this endoscopic surgery the new standard for colloid cyst resection. 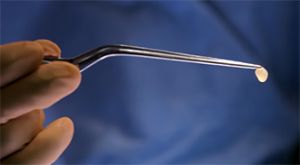 The procedure requires the neurosurgeon to have advanced training in endoscopic techniques, and studies have shown that patients have better outcomes the more often their surgeon has performed a procedure. At the Weill Cornell Medicine Brain and Spine Center, Dr. Mark Souweidane has performed this endoscopic procedure more than 170 times, making him one of the world’s leading experts on colloid cysts. (See Doctors Who Treat Colloid Cysts.)