Tinnitus, which is the perception of sound when no external sound is present, is a complex symptom rather than a syndrome or disease. It can present itself as many possible sounds, including whooshing, ringing, whistling, buzzing, or clicking. These abnormal noises can be perceived in one or both ears, and can occur intermittently or constantly. It is estimated that tinnitus affects about 25 percent of the general population.

Continuous tinnitus is characterized as a constant “ringing in the ear” and is typically the result of problems with the ear or auditory pathways. Pulsatile tinnitus, on the other hand, is a condition characterized by rhythmic whooshing or thumping sounds within the ear that are in synch with a patient’s heartbeat or pulse. Pulsatile tinnitus affects only a small percentage of the population. Pulsatile tinnitus is mostly reported as an annoying rather than severe symptom; a subset of patients, however, experience it to a debilitating degree. Furthermore, pulsatile tinnitus may be the only presenting symptom of an underlying serious condition such as dural arteriovenous fistula, intracranial arteriovenous malformation, venous sinus stenosis, idiopathic intracranial hypertension (IIH, or pseudotumor cerebri), arteriosclerosis, or vascular tumor such as paraganglioma. Any of these conditions may be dangerous if left undiagnosed and untreated.

Pulsatile tinnitus rarely goes away by itself, and it can be difficult to endure for some patients. The sounds can become so intense and frequent as to become incapacitating; the sound may interfere with work, cause difficulty sleeping or concentrating, increase stress, and create feelings of depression or anxiety. Fortunately, pulsatile tinnitus can often be successfully treated and cured once its underlying cause is identified.

< Back to VSS Treatment Center

< Back to Pulsatile Tinnitus Center 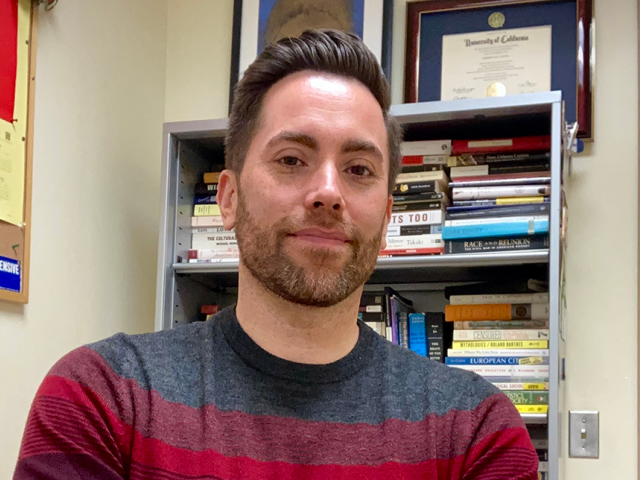 A Worsening Whoosh, Then Relief
Jarrod San Angel, 45, of Long Island City, Queens, is a senior academic advisor in student advising services at LaGuardia Community College and has a rich, full life: he loves to travel and sample new cuisines, write music, and attend concerts. Yet...

A Decade of Successful Stenting 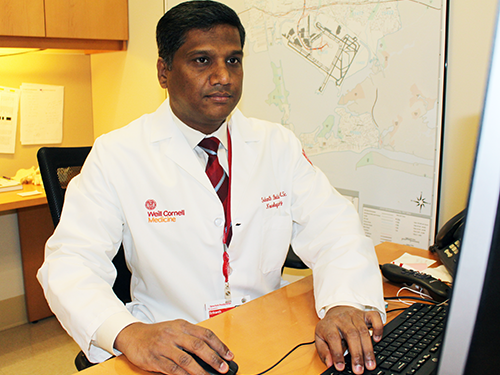 Ten years ago, as a neurointerventional fellow at Nottingham University Hospitals in the U.K., I was excited to be part of a team that was performing an innovative new procedure called venous sinus stenting (VSS). It was a minimally invasive...