Dr. Kaplitt combines surgical expertise with advanced training in state-of-the-art stereotactic techniques to provide patients with effective, minimally invasive treatments for degenerative disorders, including Parkinson’s disease, essential tremor, and dystonia. He also uses these methods to provide novel treatments for psychiatric disorders such as obsessive-compulsive disorder as well as for experimental treatment of major depression and drug addiction, and is using both. In addition, he is an expert in the use of implanted devices for the treatment of medication-resistant complex pain, spasticity, and adult hydrocephalus. Dr. Kaplitt is also an expert in various surgical therapies for trigeminal neuralgia as well as novel therapies for more complex craniofacial pain. He is recognized for his contributions by leading medical and patient associations, and has repeatedly been named to Castle Connolly’s America’s Top Doctors and New York Metro Top Doctors and regularly appears on the list of New York SuperDoctors.

Patient Stories:
Alexandra Lebenthal on America Tonight
"After Focused Ultrasound, I've Gotten My Life Back
"It's A Miracle — A Total Life Changer!"

Listen: Dr. Kaplitt and his patient Alexandra Lebenthal were featured on an episode of Dr. Stieg's podcast, This Is Your Brain With Dr. Phil Stieg:

RESEARCH AND PUBLICATIONS
Dr. Kaplitt has pioneered human gene therapy for neurodegenerative disorders, having performed as a student the first rodent study that used the adeno-associated virus (AAV) vehicle for gene transfer to the brain. He performed the world’s first human gene therapy procedure for Parkinson’s disease, and more recently helped to guide the first successful randomized, double-blind, sham-controlled trial of this experimental treatment, which was the first positive trial of this kind for gene therapy in any brain disorder. He is also pioneering the development of novel deep brain stimulation treatments for psychiatric diseases, including refractory drug addiction. Dr. Kaplitt is an internationally recognized expert in the science of gene therapy and molecular neurobiology, and his current focus is to understand molecular disease mechanisms and develop novel molecular therapies for Parkinson’s disease, depression, addiction, and pain. He has published over 100 articles and has edited two books on these subjects, with publications from his lab appearing in the most prestigious international journals, including Science, Science Translational Medicine, Nature Genetics, Nature Medicine, Proceedings of the National Academy of Science and Lancet. His basic science lab has received funding from the National Institutes of Health since 2004 and has also been the recipient of major funding from the Department of Defense and several major private foundations.

Dr. Kaplitt is the recipient of numerous awards, including the Young Investigator Award from the American Society for Gene Therapy. In 2004 he was named to Crain’s "40 Under 40" list of 40 young New Yorkers, and in 2015 he was elected to membership in the prestigious American Society for Clinical Investigation, the honor society for scientists focused upon clinical and translational research.  He has also been elected to membership in the Society for Neurological Surgeons, the honor society for senior neurosurgeons.

Request an Appointment | Refer a Patient
Download a PDF of Dr. Kaplitt's bio 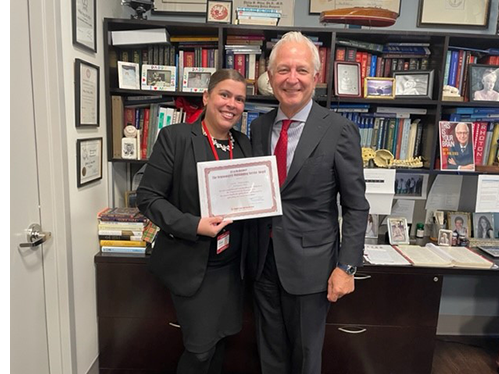 The Neurosurgery Outstanding Service Award spotlights members of the department who go above and beyond their assigned duties and who exemplify the core values of the department. The winners for Q2 and Q3 are Sandra... 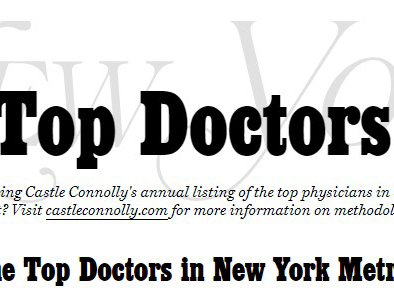 It is immensely gratifying to be a neurosurgeon, but also very humbling. Having the ability to heal is awesome in the most literal sense of that word – the ability to use our hands to restore someone to health is a great gift, which we have learned... 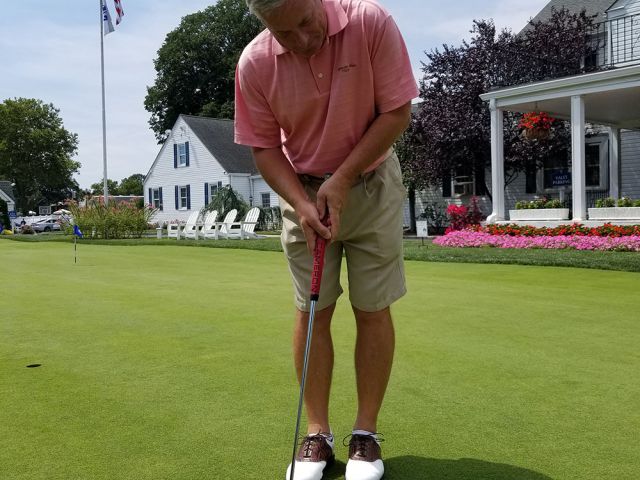 "It’s a Miracle—A Total Life-Changer!"
Steve Smith, a businessman and avid golfer from Long Island, New York, was 50 years old when he started to develop a tremor on his left side. It didn’t bother him at first, but over the next ten years the tremor grew worse. Things like drinking a...