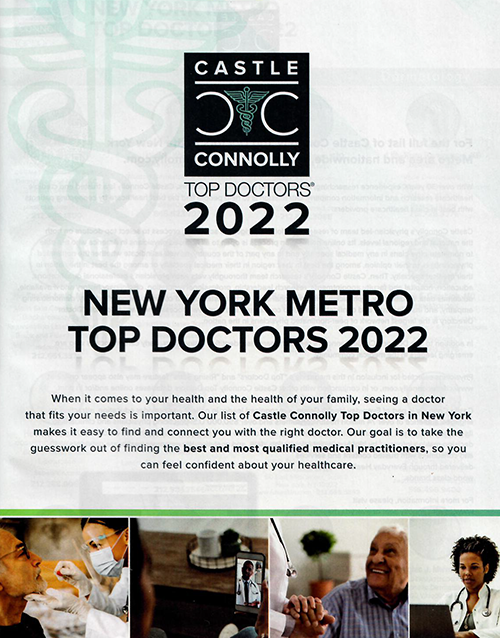 The faculty members of the Weill Cornell Medicine Brain and Spine Center are consistently named to annual lists of Top Doctors, Best Doctors, and SuperDoctors. This year, we have a record 16 members of our team on the list of 2022 Castle Connolly Top Doctors, showcased in this year’s New York magazine roster of Top Doctors in New York.

The Weill Cornell Medicine Brain and Spine Center faculty includes top doctors in the fields of neurosurgery, neuroradiology, and orthopedic spine surgery. We are proud to be among the best neurosurgeons, best neuroradiologists, and best orthopedic surgeons in New York, and in the United States. Several of our top doctors have been on the list for many years, even decades, with a level of expertise unmatched in the nation.

The 2022 list of Top Doctors in New York features these faculty members of the Weill Cornell Medicine Brain and Spine Center:

*Dr. John Park (first year on the list, and the ONLY neurosurgeon in Queens to be named on the list)

In addition to these full-time faculty members, the list includes associated faculty members who have appointments to our team from Memorial Sloan-Kettering Cancer Center, Columbia University, and Northern Westchester Hospital.