All the Colors of the Rainbow (A Patient Story)

Maria Silver had been color blind for pretty much her whole life. Fortunately for her, as a child she wore a uniform to school and didn’t have much trouble getting dressed most days, although she says she always did have difficulty matching socks.

Maria’s limited ability to see color became part of her everyday life, and she says she never thought about it much, as it was simply part of her reality. She never dreamed she’d one day get her color vision back, and in one of the strangest ways imaginable.

At age 65, retired from a lifetime of teaching, Maria had just returned from a summer trip to Spain when she realized she wasn’t hearing well at all. She went to see an ENT, who ordered an MRI that revealed a large tumor — a meningioma — pressing down on her brain and up on her skull.  Suddenly, other changes that she’d attributed to aging made sense: thought processes that seemed more sluggish, speech that sometimes came out sounding slurred. These, too, as it turned out, were symptoms of the tumor.

Shocked, Maria and her husband started researching neurosurgeons. They discovered that Weill Cornell Medicine had some of the top-ranked neurosurgeons in the country, and that NewYork-Presbyterian was the number one hospital in New York. In looking for a top-ranked Weill Cornell brain tumor surgeon, Maria found Dr. Rohan Ramakrishna.

“I felt comfortable with him,” says Maria of Dr. Ramakrishna. “He was very knowledgeable and reassuring. He did not pressure me into surgery, because based on what I told him and his examination he said there was no emergency. Later, when I started noticing these other symptoms – the slurred speech was more pronounced, and I was noticing the slower thought processes more – I met with Dr. Ramakrishna again. He told me what the surgery would entail, and we made the appointment. He answered all the questions that my husband and I asked and I felt confident in him to perform the surgery.”

Maria says she wasn’t frightened of the surgery until the moment she was rolled into the operating room, leaving her husband behind. Fortunately, she says the operating room staff were all very reassuring and attentive to her needs. “They put a mask on my face and that is the last thing I remember until waking up in recovery,” she says.

As Maria recovered after surgery, she noticed a painting on the wall of her hospital room that seemed smudged. Then, suddenly, she realized the painting was not dirty – it was in color. Having not seen full color since early childhood, Maria had color vision back.

“It was a miracle,” says Maria. “I could not believe it. My husband came to my room that morning and I was crying.  He was worried, and asked anxiously what was wrong. Through my tears of joy, I told him that I could see color.  He got very loud with joyous exclamations and started testing me on the colors in the room.”

Dr. Ramakrishna is thrilled that his patient not only did so well in surgery but also got this amazing bonus. “I can’t say that I fully understand it,” he admits, “because it doesn’t make sense medically that the surgery would have affected Maria’s ability to see color. The tumor wasn’t near the optic nerve or the occipital lobe, so it shouldn’t have had anything to do with vision at all, let alone color vision. But I’ll take it!” 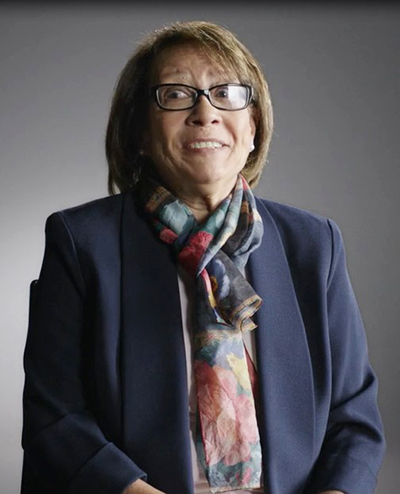 Maria Silver got her color vision back, and became the first patient ever to be shown in color in the NewYork-Presbyterian "Amazing Things" ad campaign

Maria was over the moon about her surgical bonus. “I’ve spent many hours learning the names of different shades of colors,” she says. “I never realized there were so many greens, when before it was all gray to me. Looking at art books was a different experience and when I first stepped out of the hospital it was like being in a different world.  At night it was like neon and bright and it amazed me.  Not so long ago, I saw my first rainbow with my new color vision and that was such an exciting moment.  My favorite color is now turquoise.”

Best of all, Maria was able to get back to her life. She had stopped playing tennis several weeks before the surgery as her symptoms worsened, but she was back on the courts within a couple of months. She’s absolutely confident that she made the correct decision when she chose Dr. Ramakrishna, Weill Cornell Medicine, and NewYork-Presbyterian to take care of her tumor.

Not everyone who has brain tumor surgery here gets the kind of bonus that Maria did, but everyone gets world-class, compassionate care. “My surgeon did an excellent job and the staff at this hospital is very professional and attentive,” she says. And her great outcome was the pot of gold at the end of the rainbow.

Watch Maria tell her story in the "Amazing Things" ad