Renea Zeh, 58, of Brooklyn, NY, is a freelance filmmaker who’s a big fan of feel-good movies. Today she’s living in her own heart-warming story after recovering from brain surgery to remove a meningioma. Thanks to neurosurgeon Rohan Ramakrishna and his team at NewYork-Presbyterian/Weill Cornell Medicine, she’s back at work on the set.

A meningioma is a tumor that develops in one of the protective layers around the brain and spinal cord. It can happen at any age but typically occurs between the ages of 40 and 60 and appears in women more than men. The most insidious thing about meningiomas is that some people experience symptoms while others feel nothing. Renea had symptoms — she got headaches whenever she got up too quickly — but she didn’t think they could be related to something so serious.

“It was by accident that we came across it last fall; I was having bad sinus issues,” Renea remembers. After going through different doctors, she went to NewYork-Presbyterian/Weill Cornell Medical Center for a CAT scan. Seeing an abnormality, her doctors rushed her to get an MRI, which they used to diagnose the meningioma. They referred her to Dr. Ramakrishna of the Weill Cornell Medicine Brain and Spine Center, who helped her draw up a plan to manage the tumor. 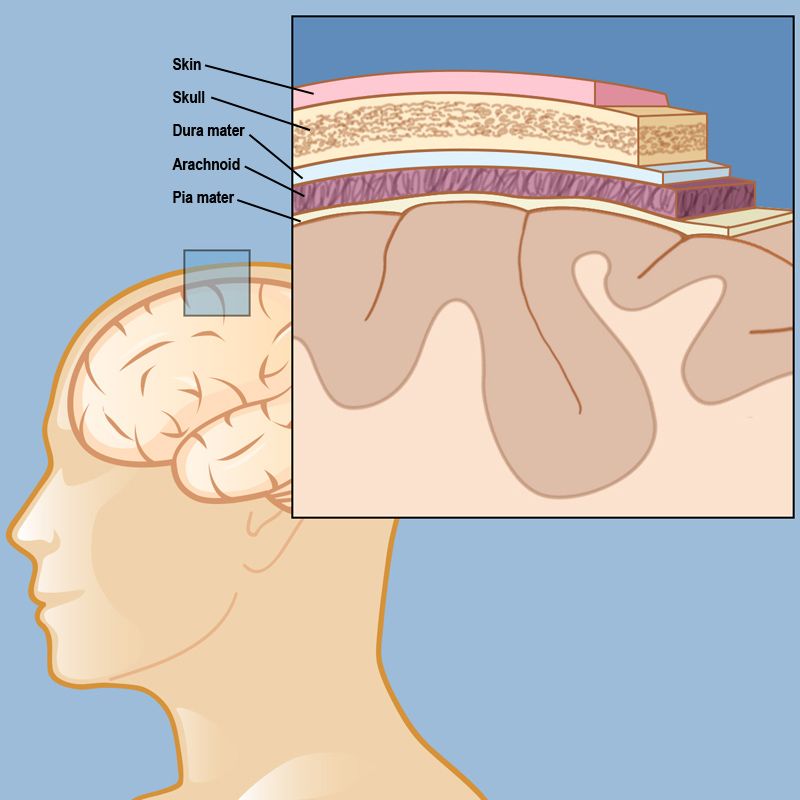 A meningioma forms in the meninges, which consist of the dura mater, the arachnoid membrane, and the pia mater, which lie directly below the skin and skull.

“Meningiomas are a common type of brain tumor in adults and most are benign and slow growing,” Dr. Ramakrishna says, “But they’re not harmless — as a tumor grows, it can create problems like seizures, headaches, and other neurologic deficits." He advised Renea that he could remove the tumor given the focal pain, size, and pressure on her brain, but he let her know that it was not an emergency. She could think about her options, and while she considered what to do she could come back every three months to monitor the tumor.

Renea had a lot to consider about choosing surgery: her age, the risk, and her career. “As I progressed in my new career as a filmmaker I didn’t want to be interrupted,” she thought, “but the older I got, the longer my recovery would take. And if I waited, a seizure might happen while I’m driving — I don’t want anyone to get hurt!” At her first three-month visit after the initial appointment, Renea told Dr. Ramakrishna she wanted the meningioma gone.

“Renea was the perfect patient," recalls Dr. Ramakrishna. “She had done her homework and deliberated thoughtfully regarding her management options. She came armed with lots of questions. In short, she ensured that she was fully informed."

On the day of surgery, Renea walked through the halls of NewYork-Presbyterian/Weill Cornell Medical Center and suddenly felt calmed by her surroundings. “There was something so comforting about the high ceilings,” she remembers, “I wasn’t nervous or scared — I just felt like I was in the hands of people who were going to take care of me.” Before she knew it, she was on the operating table feeling the effects of the anesthesia.

Dr. Ramakrishna’s goal was to remove the entirety of the tumor without damaging Renea’s healthy brain tissue. “It was a four-hour-long surgery,” he remembers. “We couldn’t proceed with a minimally invasive procedure — open surgery was the only option for this resection.”

When Renea awoke, she felt the same sense of calm as she looked out her window to a beautiful view of the East River. She compared it to a luxe hotel stay. “When they moved me into recovery, I got a room on the first floor, with a view of the trees,” she excitedly says. “I had my own room and it was fine — I didn’t want to go home. The food was good and I felt safe. I even asked if I could stay a couple more days!”

Dr. Ramakrishna was pleased with the outcome. “We didn’t know how long the meningioma had been in there, but this tumor will not cause Renea any discomfort in the future,” he says. Even Renea was pleasantly surprised — she noticed an absence of a chronic pain that persisted for 20 years. “Before the surgery, I had lived with it for so long I had stopped feeling it,” she says. “Now the pain on the side of my head was completely gone!”

Renea is happy to be recovering. “I’m taking it slow,” she says. “It takes time, but most importantly, it’s gone!” With her meningioma gone, she is more inspired than ever to increase awareness. She recalled visiting a film festival before her surgery. She met a woman who, as fate would have it, recently had her own brush with meningioma. “Other women we spoke to had never heard of it,” says Renea.

For anyone that has been diagnosed with meningioma, Renea has some simple words of advice for surgery: “Go and do it, don’t worry about it. It’ll be done, over, and you can move on with your life. Do what you need to do but it’s more important to have it removed, and to have Weill Cornell surgeons do it!”