It seemed so trivial that Peter Benson barely remembered to ask his doctor about it at his check-up. For the past six months he’d had a “clogged” feeling in his right ear, as if he were water-logged after swimming. Peter thought it was the remnant of a cold he’d had several months earlier, but he also assumed he was developing some age-related hearing loss. It was almost an afterthought when he mentioned it to his doctor, who suggested he see a specialist just to be on the safe side.

A hearing test confirmed that Peter did have some hearing loss in that ear. The specialist told him that it was likely age-related, and that the chances of its being anything more serious were one in 100,000.

“She told me it had only happened once in her practice, but that I should probably err on the side of caution and have an MRI,” says Peter. “Scheduling it was simple and the MRI was in the same facility, so I thought, ‘yeah, I might as well rule everything out.’ If scheduling the scan had been a pain I may well have simply let the matter drop, but I decided to go ahead and have it done. An hour after I had the scan, the doctor called and asked me to come back in.”

The doctor told Peter that he was that one in a hundred thousand – he had a kind of tumor called an acoustic neuroma, also known as a vestibular schwannoma. These tumors are benign and slow growing, but they arise from the vestibulocochlear nerve, which connects the ear to the brain. The tumor shares its blood supply with the nerve, and as the tumor grows it creates pressure against the nerve. It was the tumor, not the lingering effects of a cold,  that was affecting Peter’s hearing. (Read more about acoustic neuromas.) 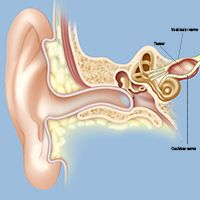 The doctor explained Peter’s options: do nothing except monitor the tumor for a while; undergo radiation to stop its growth and ultimately shrink it; or have surgery to remove it. The good news was that she could refer him to the Acoustic Neuroma Program at Weill Cornell Medicine, where world-class experts in this tumor would be able to evaluate him and make recommendations on how to proceed. Ultimately, it would be Peter’s decision on what treatment to choose.

Peter, 53, describes himself as “a professional actor and musical theater performer with a very serious carpentry habit.” When faced with this diagnosis, it was his pragmatic carpenter side that took over.

“I had never heard of an acoustic neuroma,” he says. “I did some research to understand what my options were. I did this without panic or even apprehension. It was my practical carpenter mind at work – what is it exactly? Where is it? What are the risks and possible complications?  I really was not alarmed at all. Plenty of people had managed this, and as brain tumors go it is probably the ‘best’ kind to have.  A couple evenings of educating myself helped me be as clear-headed (no pun intended) as possible.”

Peter’s doctor had suggested he start by seeing Dr. Samuel Selesnick, an otolaryngologist who is a leader in the field of acoustic neuromas. Independently, a Boston neurologist he knew had recommended neurosurgeon Dr. Philip Stieg – so Peter was pleasantly surprised to learn he’d been sent to one of the top teams in the country for surgical treatment of acoustic neuromas. (Dr. Stieg and Dr. Selesnick have worked together for nearly two decades.)

Peter met with Dr. Selesnick first, then Dr. Stieg. “I was deeply impressed from my very first visit with each of these men,” he says. “They have very different personalities, but both listen extremely well and possess the easy charisma of being literally among the best in the world at what they do.”

After reviewing his options, Peter decided to have the surgery. “Monitoring didn’t make sense for me,” he says, “because I didn’t want to be concerned with it growing, and subjecting myself to regular MRIs. And radiation was out because the carpenter in me trusts the hands-on approach intrinsically. So was leaning toward a surgical approach from the beginning, and once I met Dr. Selesnick and Dr. Stieg I had no doubt that that was the correct choice for me.” 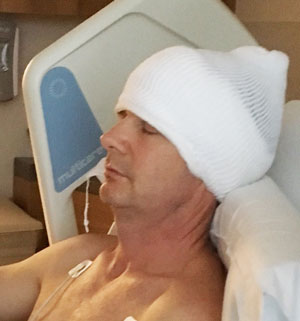 The most difficult aspect of his decision was accepting the possibility of total hearing loss in his right ear.   Although the tumor had already caused significant loss, Peter did still have some hearing in the affected ear. Surgical removal carries a significant risk of total hearing loss, due to the shared blood supply between the tumor and the nerve.  It is, however, the only way to ensure that the tumor doesn’t grow and compress the brain tissue around it, which could lead to serious neurological deficits in the future.

“The surgery removes the long-term threat from the tumor,” says Peter, “but I was electing to lose my hearing in one ear to avoid possible future complications, and that is a hard thing to grapple with psychologically. Prior to the surgery I had diminished hearing in that ear — now I have none. That was my choice and I have no regrets about making it, but I chose to have something quite valuable taken from me. That part of it was a tough call.”

Fortunately, the surgery went well and Peter went home from the hospital just a few days later. He experienced some short-term facial palsy (the vestibulocochlear nerve also controls facial movement), but as a performer Peter was especially relieved not to experience any permanent loss of facial function. That was another advantage to having the surgery done before the tumor grew any larger – in smaller tumors the risk of facial nerve damage is very low.

“My recovery was quite fast – I was out of the hospital in three days and taking long walks around the city within days after that,” he says. “Two months after surgery I was doing a musical and riding my bike to the theater.” Still, he says, there is no question that the brain heals slowly.  “You get to 75 or 85 percent very quickly, but the remaining 15 percent may take a year,” he reports. “As my surgeons have reminded me, ‘Peter, you had brain surgery!’ But I play basketball and work out and sing and dance and build furniture. I even audition better for television because I’m a much more attentive listener.” 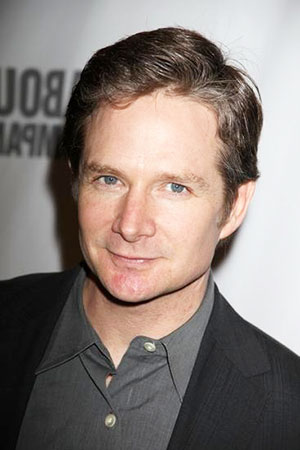 All in all, Peter is back to his old life. He lives in New York City and has a weekend house in Connecticut where he goes when he’s not in a show. “I treasure both my crowded, bicycle-riding, coffee-in a-cardboard-cup urban life and my sawdust-covered weekends tooling around in my truck,” he says. And he’s grateful for having had surgery with a top team.

“Every medical professional I met through this episode treated me with that same clear-headed competence and professionalism,” he reflects. “I was never once condescended to. My need to grasp the details of my case were always satisfied.  I was treated as a peer – as though I were one of the doctors on the case.  This allowed me to feel confident and more like a partner than a helpless patient.  That feeling of being an active participant in my case continued right though my experience in recovery.”

Peter is also grateful that his surgeons understood his point of view. “They have performed this procedure countless times, but for the patient this kind of surgery is a singular and remarkable event,” he says. “It is difficult to speak about Dr. Selesnick and Dr. Stieg without real emotional resonance. For them I was an unremarkable patient, but to me they are the two men who guided me safely through a big life event.  I felt like they got to know me, and that who I was mattered to them.”

Peter has some advice for others confronting an acoustic neuroma. Educate yourself and understand your options, get in the best shape possible before surgery, and be brave — “this is so doable,” he says.  “Hook up with Dr. Selesnick and Dr. Stieg and get yourself connected to Weill Cornell Medicine and NewYork-Presbyterian,” he adds. “Then count your blessings and move on.”