Patti Ventura was shocked by her son's diagnosis, but she transformed her initial shock into determination to secure the best outcome for him. Since that time she's also raised thousands of dollars to help support Chiari research. Here is her story.

In the fall of 2009, my son Connor was a happy, healthy teenager with dreams of playing Division I soccer. That December, however, everything changed.

We had traveled from our home in New Jersey to a soccer showcase in Arizona, where Connor had been invited to play. During the game, though, I noticed that Connor was not running well and seemed disoriented. Since those are typical symptoms of concussion, we took him off the field and to a local hospital, where a CAT scan indicated there was an abnormality. Connor then had an MRI scan, which indicated he had a Chiari malformation. Doctors told us that this condition, which I'd never even heard of, required brain surgery.

Connor was transferred to a children's hospital, where another team of neurosurgeons examined him and evaluated his scans. They agreed with the diagnosis of Chiari malformation, which they explained it to us in even greater detail — including the observation that Connor's malformation was a severe one.

Both Connor and I were in total shock. As I came to understand how serious his condition was, I couldn't help but think back on all those years he'd spent playing such a physical sport, and how lucky he was that he hadn't suffered any serious injury that could have turned his Chiari into something much worse.

Before we could even begin the journey to recovery, we had to make another trip: We had to get home. Connor and I were in Arizona, thousands of miles from New Jersey and our family. My husband and I were doing our Chiari research separately, then conferring by phone. I desperately wanted to get home. Fortunately, the doctors in Arizona felt Connor was healthy enough to fly safely back to New Jersey to determine the next steps.

Armed with the results of our research, my husband and I made appointments for Connor with several doctors throughout New Jersey and New York. My husband had a colleague who recommended Dr. Greenfield and Dr. Schwartz, and we were able to get an appointment the day after we got home from Arizona.

Connor, my husband, and I all met Dr. Greenfield, Dr. Schwartz, and nurse practitioner Maria Rust in a conference room, where we reviewed the situation. The doctors agreed with the Arizona diagnosis, but they wanted additional MRIs to help them complete their evaluation. Although it seemed clear that Connor had to have surgery, Dr. Greenfield and Dr. Schwartz were extremely thorough and wanted to make sure nothing else was wrong.

Connor was in and out of school for the next few days while we waited for the MRI scheduling. In the meantime, my husband, Connor, and I grew even more confident in the medical team. Connor was very comfortable with the staff and felt that they spoke to him in a way that he clearly understood, so he trusted all of them.

After the MRI confirmed that there was no other problem, Connor was scheduled for surgery. The doctors explained the procedure to all of us in great detail beforehand, including the expected healing time, the potential problems, and what Connor's future might hold.

Connor was taken into surgery at about 1 pm on December 21. After a few hours, a nurse came out with an update and to reassure us that Connor was okay. At about 7 pm, the doctors met with my husband and me to discuss exactly how the surgery had gone. Connor remained in recovery until he was moved to the ICU later that evening.

The nursing staff at the hospital was truly amazing and professional — they understood both the child's needs and his parents' anxiety . Connor quickly realized that he was very fortunate and that there were many others in the ICU who were not as lucky. Connor was determined to get out of the hospital in record time, and he did. With the help of the nurses and doctors, he was able to leave the hospital after only two days as an inpatient, and he returned to school just two weeks later

Several weeks later, Connor started an intense rehabilitation program that was critical to his recovery. He worked on his neck muscles and core strength for months. By April he was running again, and by May he returned to soccer. 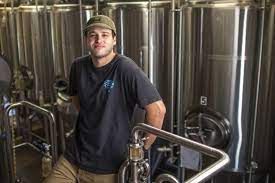 This story was originally published in February 2012. We caught up with Connor in 2021, more than a decade after his surgery, and we are thrilled that he continues to do so well.

The recovery was not always smooth, and there were many phone calls to the doctors and nurses along the way. I am still impressed at how promptly Dr. Greenfield and Maria Rust returned my phone calls or emails. No matter how big or small the problem, they always got back to me quickly with the answers I needed. There were times when Connor called to speak to Dr. Greenfield directly — he just needed to hear that he would be okay. Dr. Greenfield was always there for him.

Two years after Connor's surgery, we Venturas know that we're part of the family at Weill Cornell. I am forever grateful to them and will continue my quest to raise awareness to Chiari.