An aneurysm begins with a weakness in the three-layered wall of an artery, often at a point where a blood vessel branches into two or more smaller arteries. Blood flowing past the weak spot puts pressure on it and causes the artery to bulge and swell.  The sac that bulges out from the artery, or the swollen area of the blood vessel, is called an aneurysm.

Aneurysms can occur anywhere in the body, but they are most dangerous when they occur in the aorta (called aortic aneurysms) or the brain (cerebral aneurysms).  Cerebral aneurysms are sometimes called intracranial aneurysms, or simply brain aneurysms.

There are several types of cerebral aneurysm:

Just as a weakness in the sidewall of a tire can get worse over time and lead to a blowout, a cerebral aneurysm can continue to weaken the wall of the artery and eventually lead to a rupture. A rupture often happens without warning, but sometimes the aneurysm can begin to leak in advance of a full rupture, which may allow time to repair the aneurysm before it’s too late.

Not all aneurysms rupture, just as not all damaged tires blow out. But to have an aneurysm is to have the potential for a rupture, so any aneurysm requires careful evaluation to determine the degree of risk.

What Are the Risks?
The risk of a rupture is largely dependent on the size and position of the aneurysm. For example, a small aneurysm at the front of the brain carries a very low risk of rupture; a larger aneurysm located at the back of the brain carries a higher risk. The risk of aneurysm rupture is greatest between the ages of 55 and 60, even though the aneurysm itself may have been present for many years.

If a cerebral aneurysm ruptures, the bleeding in the brain is called a subarachnoid hemorrhage, which is a life-threatening emergency that requires immediate treatment.  (See Surgery for Aneurysms.) Subarachnoid hemorrhage is responsible for almost one fourth of all deaths due to nervous system disorders.

A cerebral aneurysm may grow without rupturing and will press on the surrounding brain structure or nerves. This is called “mass effect” and is specific to certain locations (such as a posterior communicating artery aneurysm compressing a nerve of the eye and giving double vision) or happens with large and giant aneurysms.

Finally, a cerebral aneurysm can also foster the development of blood clots within it, and causes a stroke if the blood clot breaks away and creates a blockage in a blood vessel in the brain. (Find out more about our Stroke Program.) 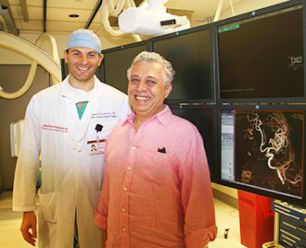 Alain Suissa is alive today thanks to Dr. Knopman's innovative use of a new stent to repair his aneurysm.

What Causes an Aneurysm?
The arterial weakness that allows an aneurysm to appear develops with age.  Smoking and hypertension are significant risk factors for developing aneurysms, since smoking stiffens the arteries and high blood pressure puts extra stress on them. There is some evidence that having a relative with an aneurysm increases your own risk of developing one. In some cases, an infection or injury may cause the arterial wall to weaken, creating the opportunity for an aneurysm to develop.

Some people have aneurysms and don’t know it — they may have no symptoms, or mild symptoms that they don’t recognize as being a sign of a serious condition.  (See Diagnosing and Treating an Aneurysm.)  In fact, although some 30,000 Americans suffer a ruptured aneurysm every year, there are many others who have aneurysms but don’t know it.

On the following pages, you’ll discover more about the symptoms of an aneurysm, and how aneurysms are diagnosed and treated. 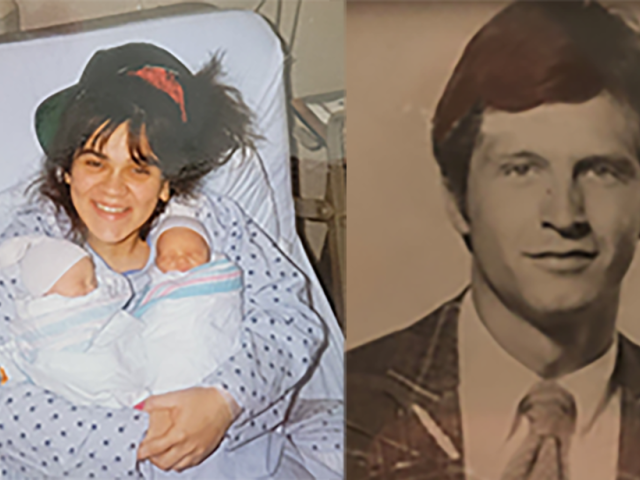 Dr. Stieg Gets a Zoom Thank You, 28 Years Later
Getting engaged can certainly make you reflect on what’s important in life, and that’s what happened recently with Margaret Silva. After accepting her boyfriend’s proposal on New Year’s Eve, the Gloucester, Massachusetts, woman found herself...

The Physical and Emotional Brain 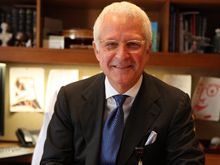 It’s a tremendous honor, and a great responsibility, to be someone’s neurosurgeon. My patients come to me with brain tumors, cerebrovascular disorders, and other neurosurgical conditions, and they entrust me not only with their brains but also with...