A colloid cyst is a fluid-filled sac that forms in the brain, usually in the third ventricle. These spherical cysts have a smooth rind and are filled with a gelatinous material called colloid. Colloid can range from being very fluid to having a nearly solid core. Colloid cysts are very rare, occurring in only about 3 people per million of population, and although they can be found at any age they are typically diagnosed in adults in their thirties and forties.

The location of these cysts within the third ventricle and the potential for blockage of cerebrospinal fluid (CSF) is the cause for concern. In fact, untreated colloid cysts on very rare occasion can cause sudden loss of consciousness and even death. Most colloid cysts, however, can be safely monitored indefinitely rather than treated. Factors that determine whether observation or surgical removal is best include the degree of CSF blockage, the size of the cyst, and the age of the patient.  With treatment the prognosis for a patient with a colloid cyst is excellent. (See Surgery for a Colloid Cyst.)

What Causes a Colloid Cyst?
The cause of a colloid cyst is unknown, but it is believed to have its roots in fetal development. The rind (wall) of the cyst is a remnant of normal embryologic tissue. There is nothing known to cause a colloid cyst — it is not associated with exposure to radiation, cell phone use, or prenatal care. There is no known congenital link, meaning that family members do not require screening. Since colloid cysts are so rarely found in children, they are thought to start to grow later in life.

Dr. Souweidane has helped to pioneer optimal endoscopic techniques for removing these cysts and is recognized as a worldwide authority on the topic. He is frequently an instructor at national and international courses to train neurosurgeons on the endoscopic procedure of colloid cyst removal. (See Doctors Who Treat Colloid Cysts.)

Dr. Souweidane has the added benefit of being associated with NewYork-Presbyterian Hospital/Weill Cornell Medical Center, ranked by U.S. News and World Report as one of the top hospitals in the United States for nearly two decades. The Weill Cornell Medicine Brain and Spine Center has made minimally invasive/endoscopic neurosurgery a central tenet of the department and has invested heavily in state-of-the-art technology. 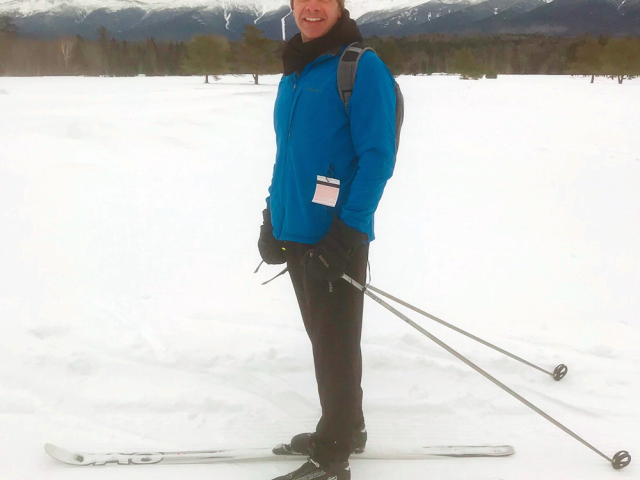 The Most Experienced Neurosurgeon
Keith Maloney, 52, of Norwell, Massachusetts, is quite an active guy — he commutes 24 miles each way to work in Boston; spends time with his wife, Lori, and their two daughters; and regularly practices taekwondo. One day, as he was doing some of his...