Dr. Michael Ayad is the Director of Cerebrovascular and Endovascular Neurosurgery at NewYork-Presbyterian Brooklyn Methodist Hospital. He is board-certified in neurosurgery and holds two U.S. patents for neurosurgical devices used in the operating room. Areas of expertise include intracranial aneurysms, arteriovenous malformations, carotid artery disease, Moyamoya disease, intracerebral hemorrhage, spinal vascular disorders and other types of cerebrovascular disease. He has expertise in endovascular treatment of acute stroke.

Dr. Ayad received his undergraduate degree from Stanford University, then his Ph.D. in Physiology from UCLA, where his doctoral thesis was on neurophysiological monitoring for ischemic stroke. He obtained his medical degree from UCLA and finished neurosurgical residency at George Washington University in Washington, D.C. After his residency he completed a two-year cerebrovascular and endovascular fellowship at Vanderbilt University and remained there as an attending neurosurgeon until 2011, when he joined Brooklyn Methodist. 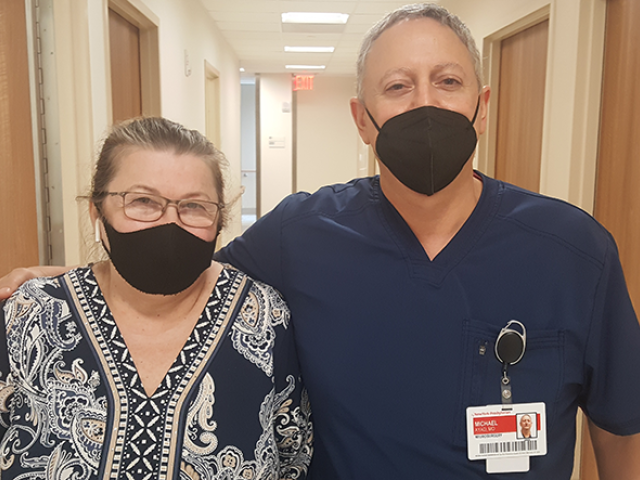 "I Believe in Him, 150 Percent!” An Aneurysm Story
Barbara Hirsch, 62, of Brooklyn, New York, spends long days as a housekeeper doing demanding and strenuous work. During her time off she enjoys nothing more than being at home, relaxing and spending time with her husband and daughter. Recently,...