Dr. Hoffman is a board-certified neurosurgeon who specializes in the surgical treatment of epilepsy and craniofacial disorders. She also treats all pediatric neurosurgical disorders, including hydrocephalus, brain and spine tumors, intraventricular tumors, and Chiari malformations.

Dr. Hoffman sees patients at NewYork-Presbyterian/Weill Cornell Medical Center, NewYork-Presbyterian Queens, and NewYork-Presbyterian Brooklyn Methodist, and performs surgery at New York Presbyterian/Weill Cornell Medical Center and Memorial Sloan Kettering. She works with a multi-institutional, comprehensive pediatric epilepsy program at all three campuses, with current research interests involving the use of focused ultrasound in the treatment of refractory epilepsy. Her craniofacial practice involves a multi-disciplinary craniofacial program that treats complex syndromic patients collaboratively. She utilizes both open and endoscopic approaches, and is currently involved in investigating the genomics of synostosis as it relates to outcomes. 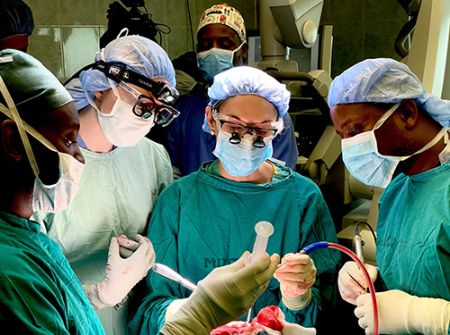 In November 2019 Dr. Caitlin Hoffman performed the first-ever functional hemispherotomy in Tanzania on a four-year-old boy with intractable seizures. Dr. Hoffman was assisted by Dr. Whitney Parker, a Weill Cornell Medicine neurosurgical resident, as well as by Dr. Japhet Ngerageza, the patient’s attending neurosurgeon. The surgery was successful, and the little boy is now seizure free. (See below for video clip of the surgery.)

Looking for a second opinion? Dr. Hoffman can review your scans: Click here to upload your images. (If you do not have an account simply enter your email address and you will be prompted to create an account. Instructions here.)

Dr. Hoffman's administrative practice focuses on mentorship of under-served, underrepresented minority students interested in careers in medicine. She is currently developing a longitudinal mentorship tool in partnership with Mentoring in Medicine to increase matriculation and to help decrease healthcare disparities, and is a co-founder of the PrIMES Program. She is also involved in Global Neurosurgery initiatives in Tanzania, where in 2019 she performed the first-ever hemispherotomy for epilepsy in that East African nation.

"It's Time We Step It Up", Sincere Care in Epilepsy, and "This Was Like a Miracle for Our Family"
A 'Win' Against Craniosynostosis

Watch: Dr. Hoffman was featured in this video story about a woman who needed emergency surgery to remove a blood clot from her spine — on the same day she delivered her baby girl.

During her neurosurgical training, Dr. Hoffman was awarded the 2013 Distinguished Housestaff Award by NewYork-Presbyterian Hospital, the 2012 Dr. Kenneth Shulman Award by the AANS Pediatric Section, and the 2011 New York State Neurosurgical Society-Resident Research Award; in 2006 she was selected for membership in Alpha Omega Alpha, the medical honor society.

Request an Appointment | Refer a Patient
Download a PDF of Dr. Hoffman's bio 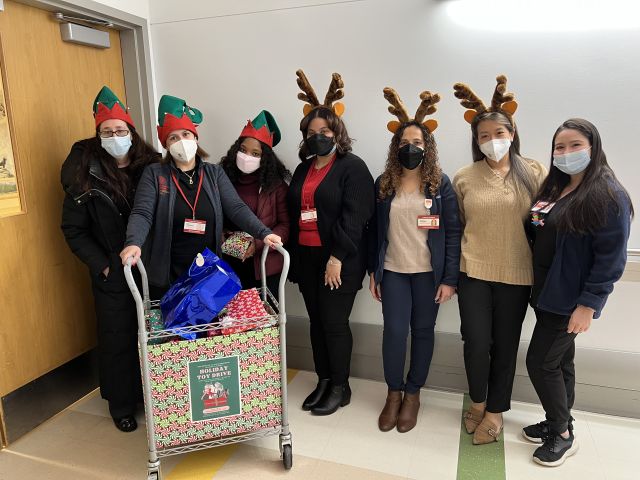 Being in the hospital is tough on any kid, any time – but being there over the holidays can be especially difficult. Two of the dedicated elves of the Weill Cornell Medicine Brain and Spine... 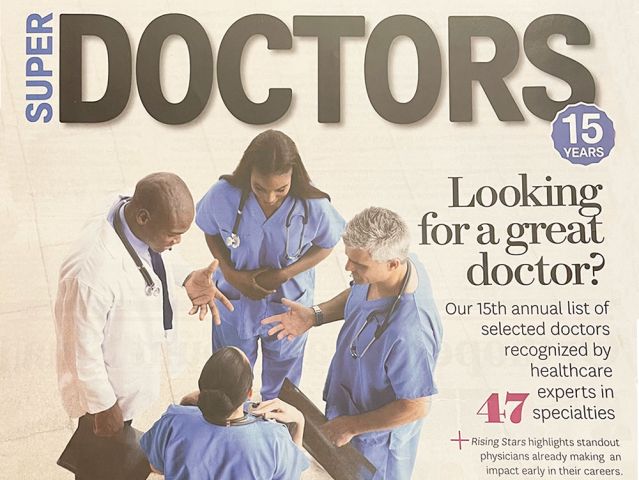 A Few Things to Learn From Teddi Mellencamp 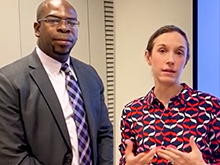 Our hearts go out to Teddi Mellencamp and her husband, Edwin Arroyave, whose five-month-old daughter, Dove, will soon undergo surgery for lambdoid craniosynostosis. We know how frightening it is to find out your child needs surgery – we are parents... 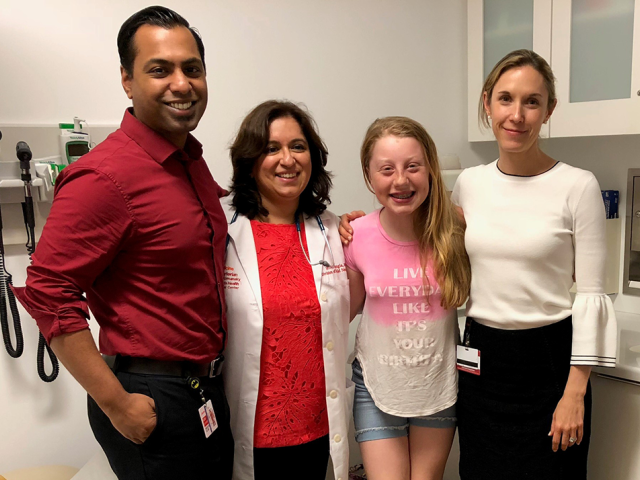 "It's Time We Step It Up"
For the first 11 years of her life, she suffered from nighttime seizures. Thanks to Dr. Hoffman and her team, she and her family didn't have to worry anymore.